Applying natural remedies that can be easily found in the environment can significantly reduce the loss of honeybees. BeesMAX practises an ethos of chemical free beekeeping which means we do not resort to applying manufactured medicines to our bees.

Finding alternatives to manufactured medicines; saves money, reduces our carbon footprint by not buying so much ready-made product and serves to minimise invasive hive inspections. We have found that naturally occurring garlic gives sufficient immune response to various diseases which allow us not to have to administer manufactured medicines.

We have just found research of a similar nature showing that naturally occurring plant by products such as sodium butyrate can have similar regenerative effects which backs up our ethos of chemical free beekeeping as an environmentally more sustainable way to manage bees. 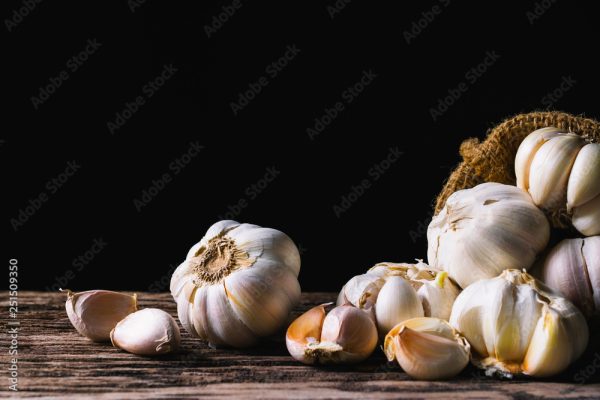 Impairment in the learning/memory behaviour of bees is responsible for the massive disappearance of bee populations and its consequent agricultural economic losses. Such impairment might be due to both pesticide exposure and pathogen infection, with a key contributor deformed wing virus (DWV). Studies show that sodium butyrate (NaB) significantly increased survival and reversed the learning/memory impairment of DWV-infected bees. This study demonstrates the mechanism of how epigenetic regulation can resume the memory function of honeybees and suggest strategies for applying NaB to reduce the incidence of colony losses.

Through ever-improving bee rearing technology, the number of bee farms has increased over the years (Zhou et al., 2017), as well as the variety of bee-derived products. According to the Food and Agriculture Organization of the United Nations, the number of artificial beehives reached 90 million in 2017 (Aizen and Harder, 2009). However, over the last few decades the numbers of both wild and managed bee pollinators have been declining, consequently decreasing their beneficial effects on ecosystems.

Deformed wing virus (DWV) has been associated with winter mortality and colony losses, is globally distributed, and has been shown to affect 50–75% of honeybee hives (Ryabov et al., 2014). Previous studies have demonstrated that the Varroa mite can increase the frequency of DWVs from 10 to 100%, making it one of the biggest factors causing the worldwide decimation of bee colonies. Varroa destructor harbour’s virus levels higher than those seen in severely infected bees, and V. destructor beehive infestations may be related to severe DWV infections. Thus, V. destructor may serve as both a concentrating vector and replicating incubator for the virus as it can magnify and increase the effects of the virus on bees and beehives.

Some seriously infected bees will have wrinkled and deformed wings after metamorphosis, resulting from the replication and accumulation of DWV in the brain and in the three/four segments of the abdomen. Infection leads to deprivation of nutrients which may cause further impairment of the nervous system and therefore impact on survival (Brettell et al., 2017). The DWV infection rate reaches a peak in winter, leading to the massive death of the worker bees (Genersch et al., 2010; Berthoud et al., 2010).

As a valuable economic insect, the loss of honeybees, particularly through Colony Collapse Disorder (CCD), has attracted much attention. Because of the previously found anti-stress effects of NaB on bees, this study set out to evaluate the potential of NaB in preventing DWV-induced colony collapse. We determined the survival rate of DWV-infected bees after feeding them with NaB and investigated the learning/memory ability of bees by a proboscis extension response (PER) assay.

Next-generation sequencing (NGS) revealed that NaB increased the expression of genes involved in carbohydrate metabolism and learning/memory. NaB has been shown to reverse memory impairment in bees caused by exposure to pesticides (Hu et al., 2017). While bees were fed with NaB prior to DWV infection, the infected bees exhibited a similar level of learning/memory ability as those uninfected. This suggests that DWV infection could cause learning and memory impairment in bees, and this could be reversed or prevented by NaB supplement.