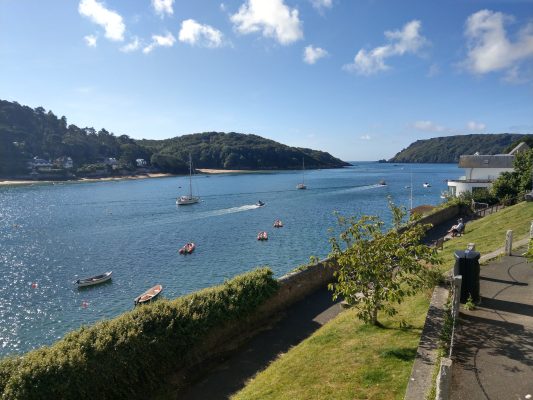 Feral bees and hobbyist bees suffer honey flows during autumn months, with Ivy honey actually killing colonies through starvation. Tortoiseshell, Red Admiral and Cabbage White butterflies are just a few of the many pollinators out there and during the lovely autumn weather we’re currently having across the UK, it’s their last chance to top up before the winter.The last honey flow available now is Ivy. The Green Ivy that grows up trees is strangling them, which we don’t want to happen. However, what does happen a lot is Ivy growing all over the place, which produces a big honey flow right now. 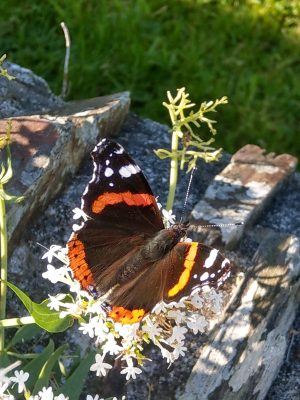 The heather up on the Moorlands of Scotland, or on the heaths of Surrey, Belle or Ling heather plants are currently in full flow and in blossom, with insects feasting on them. Honeybees living in confined spaces in trees would have already topped up with and kept most of their honey so they won’t need much more.However, hobbyist beekeepers would have taken a lot of honey off from their hives during the July honey flows as we call it. Consequently, there will be lots of empty spaces in the centre of the colony broadnests as their reserves will have been depleated. The bees feast on the Ivy honey and store it within the core of the broadnest. If you’re lucky enough to have the flowering heather plants, even better, as this is prevalent everywhere in the UK.The danger is that Ivy honey starts clogging up the beehive brood nests, granulating and then beehives can actually starve to death in the winter. Although difficult to believe, this does happen because Ivy honey granulates into a hard rock-like consistency very quickly, and in the winter, honeybees can’t eat it because they need a temperature of around 25 degrees centigrade and fresh water, neither of which are available in the frost and snows of winter.So if hobbyist beekeepers, and even commercial beekeepers in the UK get a deluge of this Ivy honey coming in, then it’s another high-risk factor for colony loss as well the usual as mice, woodpeckers, damp, varroa mites, and all the other pests and issues that domesticated colonies get in the winter.Wild colonies that are a few meters high, perhaps in an old woodpecker nest up in the trees, suffer very few of these problems. In the hope that this weather continues, let’s look forward to seeing them survive.