Environmentally conscious organisations, like Colliers in Marlow that host a beehive, play a vital role in supporting Beesmax’s bee conservation and urban rewilding projects. Our bees have been at Marlow for over a year and have settled in very well. April is often the colony’s first spring wake-up call for the upcoming summer.

This short blog will describe their winter survival and progress this spring. I will tell you how Beesmax plans to save the bees from becoming too overcrowded.

Beesmax works with individuals, schools and businesses like Colliers, who host our managed beehives. Colliers Real Estate and Property Management have a BeesMax beehive installed on the grounds in Marlow. These client supported Beesmax colonies are crucial to our conservation and rehoming programme. The Marlow hive also provides a resource for pupils, employees and the local community to learn about the life of bees. The programmes support the regeneration of the bee population in the UK and the crucial role bees play in our lives. 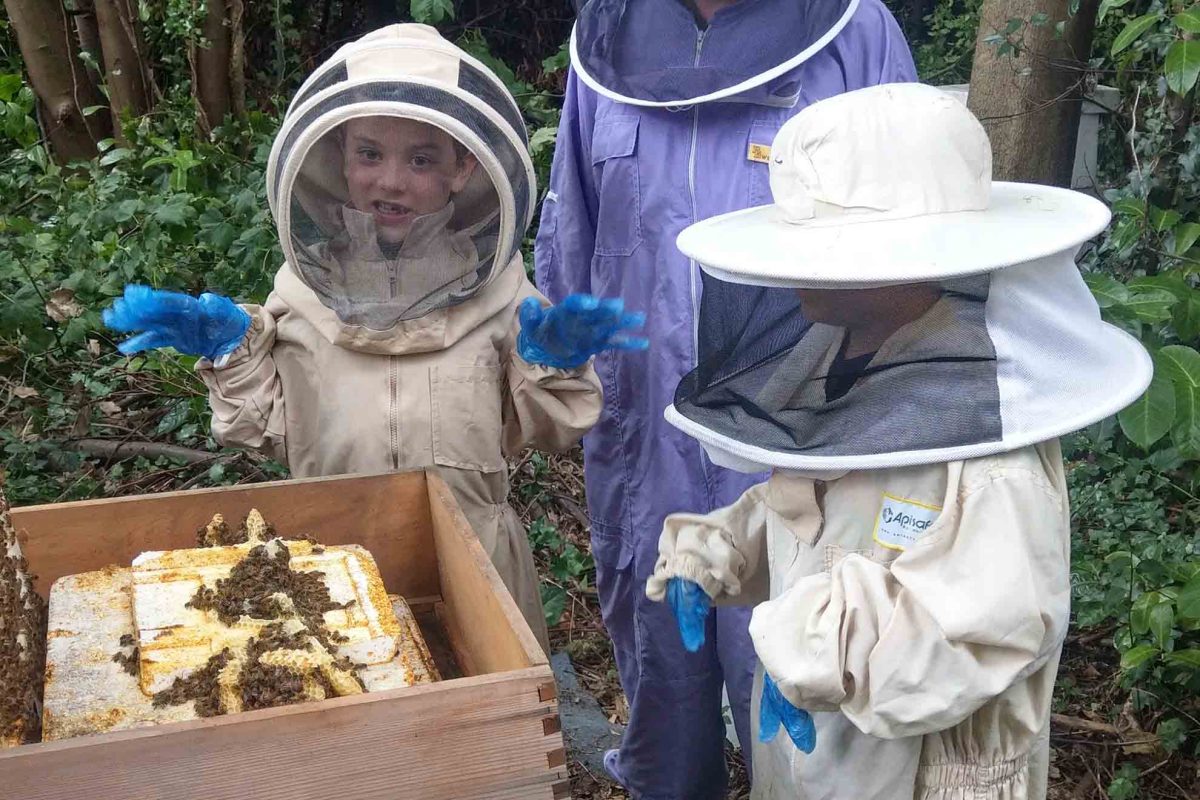 BeesMax provides a service such as our Lunch Clubs, where individuals and teams can book a time slot to view the hive on the grounds of Colliers. You can learn more about why we have installed the apiary and the positive environmental impact the hive provides for bees, the local community and our lovely hosts. Visit the Colliers Project page for more information about the Colliers Property (Marlow) apiary and book a visit.

We are proud that the beehive contributed to the recognition of Colliers Property Management with a prestigious Green Apple Award for its corporate social responsibility (CSR) activities at the Marlow site.

With tenants of Marlow Business Park visiting the hive on an infrequent and ad-hoc basis, it is not easy to accurately establish the bees’ progress over time. It is also challenging to know about the general husbandry processes BeesMAX uses to keep the bees close to their natural state in the wild. Keeping bees close to nature as possible reduces the chance of losing swarms. It also helps us maintain an ethos of continuous regeneration and rewilding of the bee population. 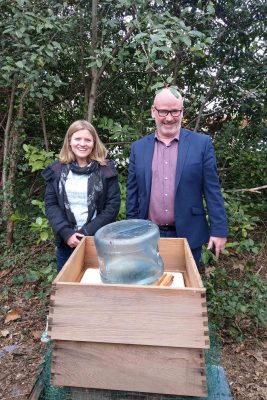 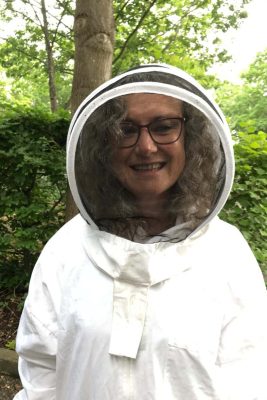 Beesmax’s ‘minimal interference’ policy means the honeybees naturally remain docile. Therefore, beehive hosts do not usually need smoke to control them. We only use smoke when herding the colony around for more invasive inspections for disease control. The remainder of this blog sheds light on the management processes and strategies that Beesmax use to ensure the Marlow hive thrives.

The hive has survived the winter exceptionally well with the extra winter feeding with garlic-infused sugar syrup that Beesmax administers. The bees have used that extra food to go out and fly and gather more nectar, and the Queen has bred many more bees than she would have otherwise been able to in the cold months.

We are delighted with the hive’s growth, given what has happened to many local beekeepers. There were many starvation swarms in Surrey around the end of April because of this year’s extended cold spring weather. 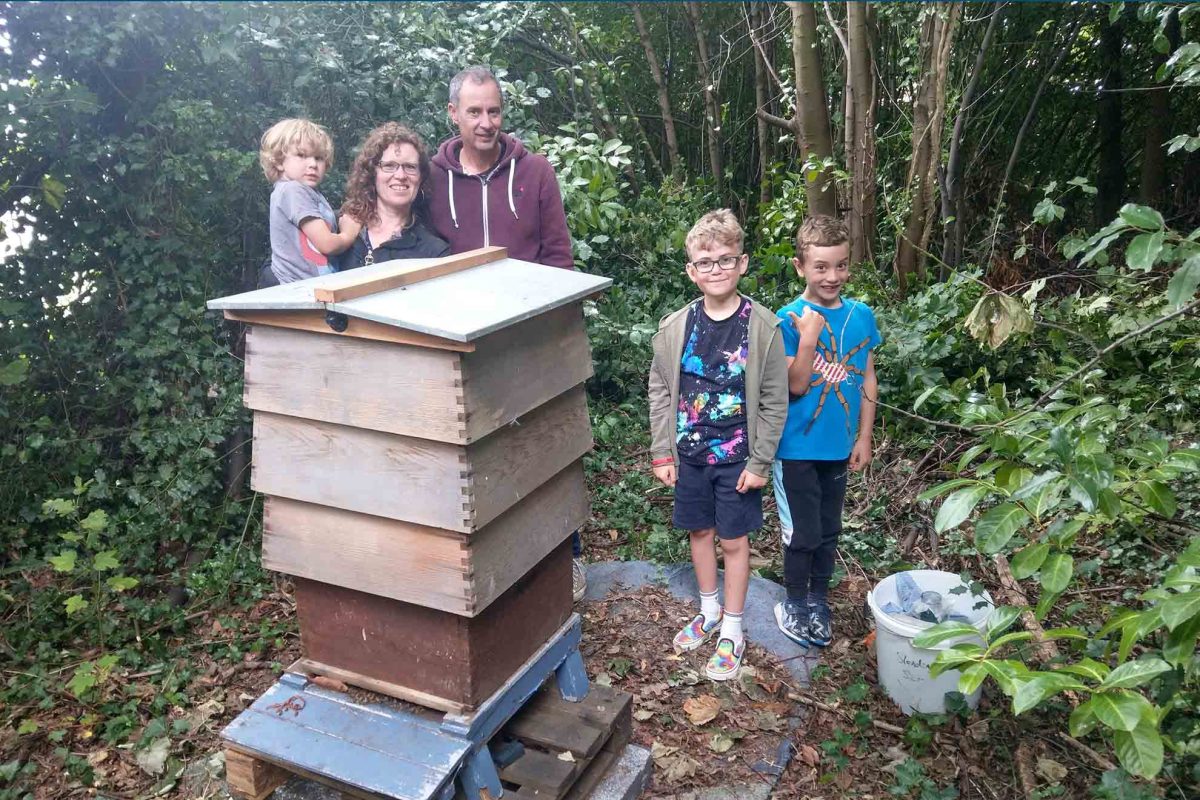 Bee colonies are programmed to swarm when a hive becomes overcrowded. A growing colony is often a good indicator of readiness to swarm. Being the natural way bees reproduce, in a swarm, thousands of worker bees and one Queen leave the colony to find a new home. As if by magic, a new Queen hatches in the hive. The flying bees often take up a temporary hive while scout bees look for somewhere safe to settle as part of this process. Hence swarms in urban areas may rest on cars, lampposts, bicycle baskets or even shop windows.

Bees typically present a danger to people or other animals that threaten their hive. It is worth emphasising that people do not need to be alarmed by swarming bees because swarms don’t tend to sting people. If you spot a swarm, contact your local beekeeper’s association or Beesmax to safely rescue and rehome the bees in more appropriate hives in our apiaries.

The Marlow bees are a strong colony that we have incentivised to swarm later in the year than they would otherwise. Beesmax works hard to prevent or delay that swarm from leaving the area in June. A swarm would significantly reduce the number of bees within the colony when the hive needs all of the bees the most. When bees decide ‘we are going to fly off to a new habitat’, there is a risk that a substantial proportion of the mature honey-gathering field worker bees will leave the current colony. 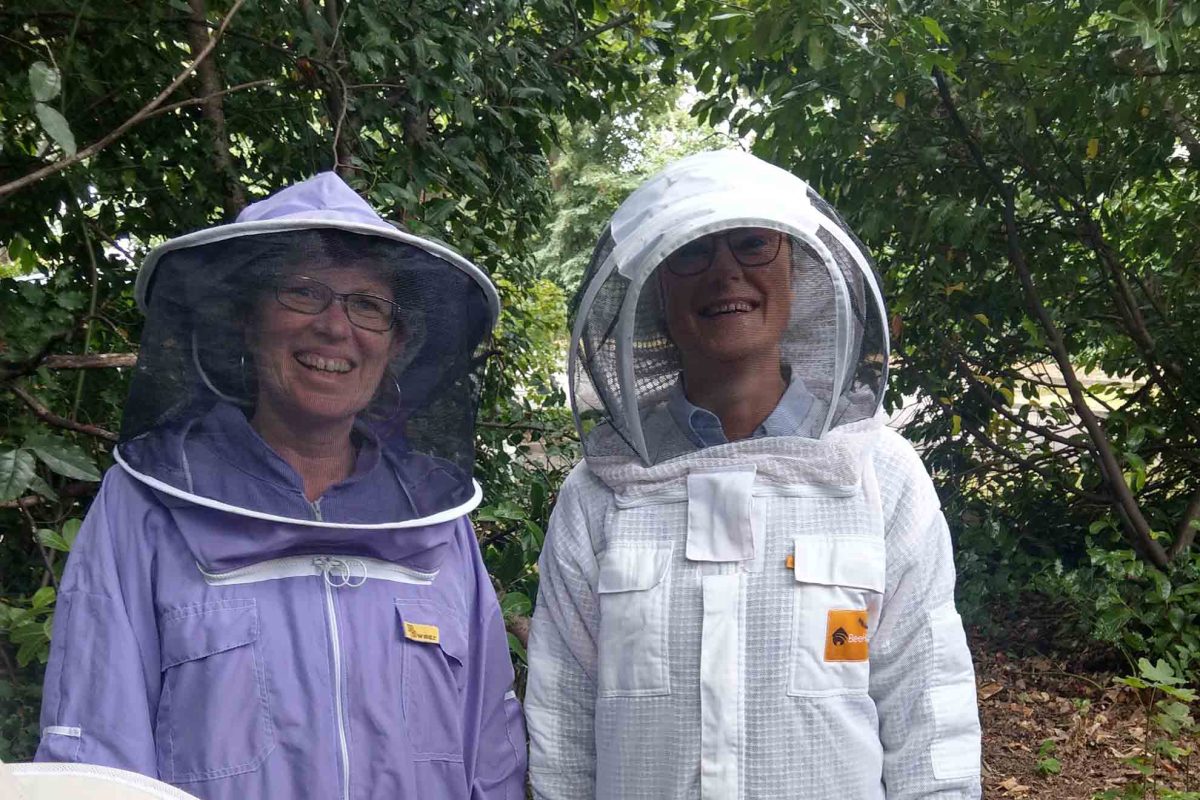 To control losing worker bees, we will bring in a small swarm colony from one of our school sites (gathered in October 2021) to avoid losing worker bees in a swarm. We use bees that swarm to a specific beehive to build the ‘support’ hive into a more typical population size. Beekeepers often develop strategies to increase the number of bees in a colony to enhance colonies with a markedly small population. We gathered the original swarm from a wild stock in a pine tree at Hollyfield School in Surbiton. The bees have since built their own nest (see the video on YouTube) and could do with extra support from other bees.

Another method that Beesmax uses to affect the migration of honeybees to another colony is placing the swarm from last year on the original site of the large Marlow colony. We then move the original Marlow hive to the side. Most of the actual Marlow flying bees that go out foraging every day will think: Oh, that’s our parent’s stock. They’ll go in via the front door and be accepted because they arrive with nectar. Also, the colony will adopt them much more quickly than autumn because it’s springtime.

Bees are very robotic or controlled in their pre-programmed ways of behaving. They will fly to where the colony is supposed to be and not expect it to have moved, just like a tree never moves! They fly in circles around the hive for a couple of hours to reorientate their internal navigation systems before exploring further and discovering new sources of water, nectar, and pollen. Old woodpecker nests are their natural homes in the UK, and those nesting trees never move. Hence, it is natural for this embedded behaviour to only return to the original site. If we move the hive three kilometres away and not just two metres away, the bees would know that they are in a new location and territory. Such swarming bees will likely stay with their parent colony in the new place.

Beekeeping requires vigilance and expertise to maintain healthy and thriving apiaries. Successful beekeepers know how to manage swarms, for example. Beesmax’s husbandry process minimises the number of flying bees in the original Marlow colony. We can successfully delay or prevent them from swarming every year. The mature field worker bees that would have soon departed from the original Marlow colony will go into another swarm from last year. So, the considerable flying force of actual Marlow bees will have a new queen bee that heads them from last year. Lastly, the original Marlow colony would have carried out what nature wanted them to do, which is to swarm, but not with their own old Queen, but with a new queen from another colony that we provided.  And the very last point to note is that the local foraging knowledge of the local Marlow bees will tell the new bees from Surbiton where all the local forage is!